Over the last two weeks students have refined their political ideologies in a HGSC first, as this December we have held our very own election.

Arranged by Mr Amott, students in Year 7 – 11 were initially introduced to the idea of voting at school with year group assemblies which covered; why the general election was happening, the process of the election, the voting system, and the importance of voting.

Later in the week students read through the main manifesto policies within tutor groups without knowing whose party each belonged to. At the end of the exercise, students traced their preferred policies back to their respective parties to discover which party represents their views the most.

Students then voted for their desired party on election day (not their local MP as is the case in a general election, as students at HGSC come from four different constituencies!), to achieve as close to a real ballot station experience as possible 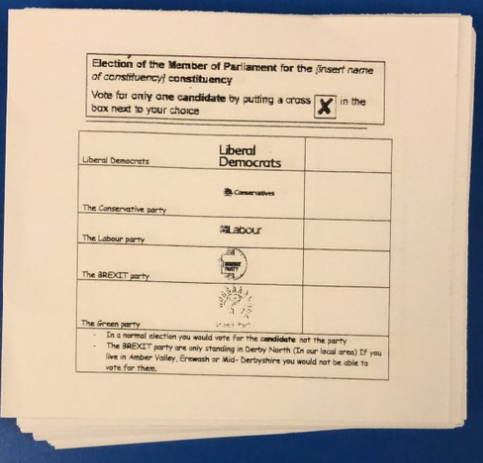 With close to 1000 votes, 15 Sixth Formers volunteered to help total them and within a couple of hours the results were in and can be seen in the table below.

However, over in Sixth Form the atmosphere was even more political as students in Year 12 & 13 were asked to vote in a similar way to the lower school years, but this time the process included an invite to a live election debate. Held in the Common Room and arranged by Ben M in Year 13, he and three other students each represented a party they feel passionate about and fought to win people’s votes in an engaging discussion.

As you can see by the number of votes received in both elections, students really showed involvement in the whole process and enjoyed being able to have their voice heard, even if it was just a practise! It was also reassuring to hear conversations being had around school relating to the topics covered in the party manifestos leading up to the election and we hope students continue to take an interest in political issues.